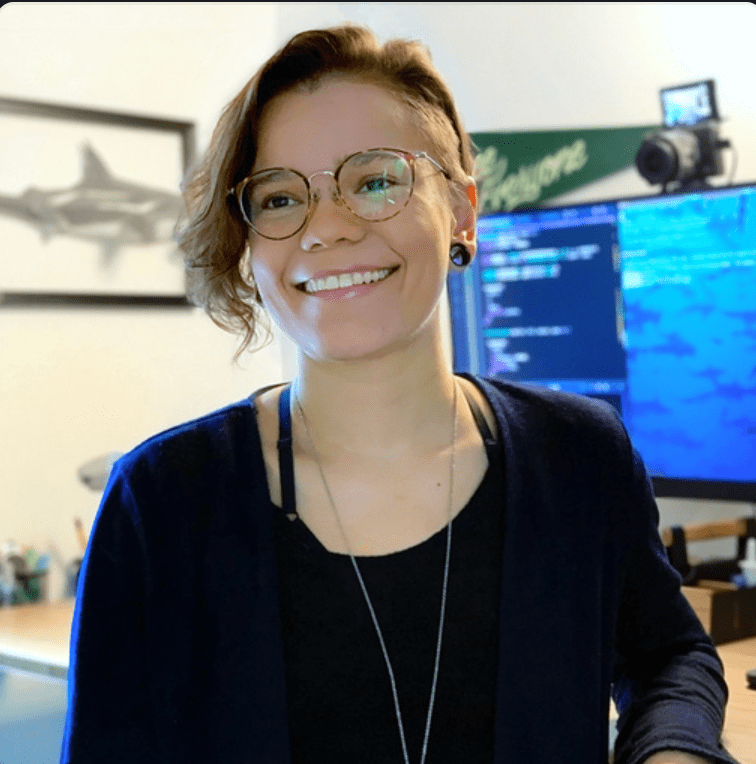 Program built by Google, Github, AT&T, Hack Reactor and Udacity to teach the tools, principles, and patterns of front-end development.

Leading the technical direction of Data Visualization experiences at Shopify

Campsy / Camping and Co is the leading campsite booking company in Europe. My role is to provide advice in terms of best practices of UI/UX design as well as to choose the best front-end stack for each project. Currently, I'm working on creating a unified platform for both companies using Vue.js, Webpack, Sass and Pug.

During these 8 years working as a freelancer, I had the opportunity to work on the design and development of projects for clients in Brazil, Canada and Europe. Here are some highlights: - 3D modeling for Summit Tech Montréal, on a Virtual Reality project presented at the Mobile World Conference 2016 in Barcelona. www.summit-tech.ca/vr - Interface design and illustration for the game Monster Crusher, launched by Gamma Play studio in Europe. The game currently has more than 50,000 downloads and 4.4 (out of 5) stars in Google Play. www.goo.gl/CD3a7r - Wordpress website development and creation of visual identity for small businesses.

HE:labs is a software development company focused on agile methodology. It has more than 70 employees working remotely around the world and has delivered more than 400 projects in its 6 year history. I was responsible for: - UI/UX Design and front-end implementation of the ESPN FC website for ESPN Brazil. - 3D modeling and animation for GE. - Redesigned the web app of EarlyShares, the pioneer american crowdfunding platform that allows users to invest in equity projects. - Front-end development for the brazilian HR Block website. - Design and front-end development for EduK, a e-learning platform that has more than 3 million students enrolled. - Data and user feedback analysis for UX improvements proposals. - Designer and Front-End developer in StartupDev MVP projects* - Writer and editor for the blog http://journal.helabs.com *StartupDev MVP is a team of HE:Labs that focuses on agile development for Startups, creating minimum viable products in only 2 days.

MJV is a multinational technology and innovation company with offices in Brazil, England and USA. Among its clients there are major companies as Coca-Cola, Claro and Bradesco. I was responsible for: - Design and implementation of responsive web applications - Data analysis, A / B testing and usability testing - Illustration, Design Thinking and Gamification. - Idealization of products through ethnographic research.

UNISUAM is a Brazilian university with more than 25,000 students. I was responsible for: - Data analysis, SEO and AdWords - Redesigning the website homepage to increase the conversion rate - Creating landing pages and hot sites in PHP, Joomla and Wordpress

Mirage is an office furniture factory that exists for 50 years and has proprietary 4 stores in Rio de Janeiro. I was hired as a marketing assistant and after only four months I was promoted to marketing manager. During my time as Marketing Manager and Assistant, I was responsible for: - Optimizing AdWords campaigns, increasing the company's revenues from internet by 380% - Design and implementation of a new website with drastic improvements in usability and SEO. - Management of ad campaigns for newspapers, magazines, billboards and ROI analysis. - Product photography and graphic design - Storefront design - Marketing team coordination as well as other sectors

Infolix was a web development agency focused on small businesses in Rio de Janeiro. During my internship, I learnt about: - Product photography for e-commerce - Website development in PHP / HTML / Javascript / Flash - Interface Design